They met almost twenty years ago playing best friends on TV, and they’re still playing best friends today – on TV and in the real world. But when the lines are blurred, where does fiction end and the real world begin? Join KATHERINE MOENNIG and LEISHA HAILEY for a live podcast experience of their hit friendship series, now up close and in your city.

KATHERINE MOENNIG is a critically acclaimed actress whose work spans film, television, and theatre. She was most recently seen reprising her role as “Shane McCutcheon” in THE L WORD: GENERATION Q, for Showtime.  For the sequel to the groundbreaking original series, Moennig served as executive producer and star alongside original cast members Jennifer Beals and Leisha Hailey as well as a new generation of diverse, self-possessed LGBTQIA characters experiencing love, heartbreak, sex, setbacks and success in L.A. Most recently, Moennig was seen starring in Showtime’s RAY DONOVAN alongside Liev Schreiber; as well as portraying “Professor Hewson” in Freeform’s breakout series GROWN-ISH. Moennig’s film credits include the neo noir legal thriller THE LINCOLN LAWYER directed by Brad Furman and the independent drama LANE 1974 directed by S.J. Chiro.

LEISHA HAILEY is an American actor and musician known for her breakout role “Alice Pieszecki” in the Showtime Network series THE L WORD and THE L WORD: GENERATION Q, where she currently serves as an Executive Producer, alongside original cast members Jennifer Beals and Kate Moennig. Hailey has appeared on several other television shows, including SILICON VALLEY, BOSCH, and THE NEW NORMAL,  and has appeared in many films, including her debut 1997’s ALL OVER ME. Leisha first came to the public’s attention as a musician recording three albums for MCA/Universal Records with her first band, THE MURMURS.  She continued her music career as part of the band, UH HUH HER, which toured internationally and sold albums worldwide. 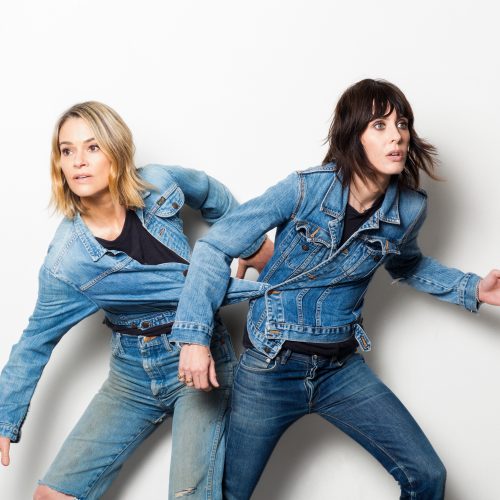