Theresa Caputo was born and raised in Hicksville, New York and currently lives there with her husband Larry and two children Larry and Victoria. She is the star of Long Island Medium, a reality television show about her life and extraordinary gift, which airs on TLC. Theresa has been a practicing medium for more than ten years and tours the country with her live show “TheresaCaputo Live! The Experience.” She is also the author of There’s More to Life than This: Healing Messages, Remarkable Stories, and Insight from the Other Side (Atria Books, 2013), which debuted at #2 on the New York Times best seller list last fall, and You Can’t Make This Stuff Up: Life Changing Lessons from Heaven (Atria Books, 2014), scheduled for release on September 30th.

ABOUT THE TV SHOW: Long Island Medium
A lot of people ask me how it all began. Here’s the back story: My friend Victoria felt that I was “made for TV” (Was it the nails? The hair? The accent? You tell me!) and that having a show was the best way to touch as many lives as I could. Victoria’s sister Courtney and friend Jonathan couldn’t agree more, and since they’re both producers, they made this crazy idea a reality. Between TLC, our production company Magilla Entertainment, and my incredible crew, I’ve since been able to share my life and amazing gift with the world. People always want to know, “How has your life changed since the show?” And I say that the only thing that’s different is that I have both cameras and Spirit following me now! At the end of the day, I’m just Theresa Caputo—a medium, wife, mother, daughter, sister, and friend from Hicksville, New York. 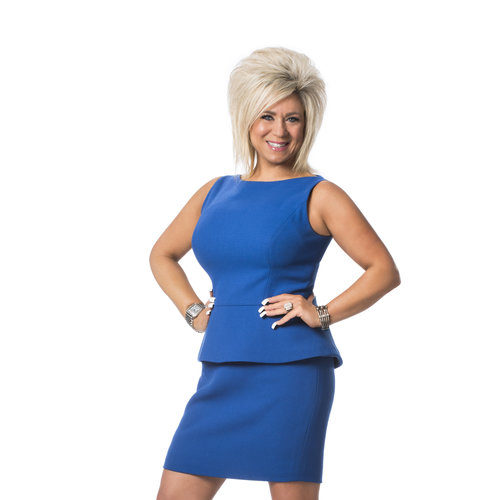