On June 30th, 2016, Night Train with Wyatt Cenac premiered on NBCUniversal’s comedy-focused subscription-video service SeeSo. The digital series, based on the popular long-running weekly Brooklyn stage show, is a freewheeling mix of stand-up, music and other surprises, where anything can happen and anything is welcome. Night Train with Wyatt Cenac captures the amazing talent and spontaneity that has made the live show a staple of the New York comedy scene for the past three years. Wyatt hosts and executive produces the show.

On February 26th, 2016, A Special Thing Records released Wyatt’s third comedy album Furry Dumb Fighter. Wyatt’s second hour standup special, Brooklyn, which he also directed, premiered on Netflix in October 2014. The special was also released as a limited edition vinyl-only album of the same title on Other Music, which was nominated for a 2015 Grammy for Best Comedy Album. The TV hour was listed as one of the “11 Best Standup Specials of 2014” by Vulture and was praised as “some of his best, funniest insights” by The AV Club. Wyatt’s first hour special Comedy Person premiered on Comedy Central in May 2011, earning him a spot on Paste Magazine’s “Best Comedians” list of that year. The album of the special was named one of the “Best Comedy Albums of 2011” by Huffington Post.

Wyatt stars in the TBS ensemble alien abduction comedy series, People of Earth, alongside Alice Wetterlund and Ana Gasteyer. People of Earth is directed by Greg Daniels (The Office, Parks and Recreation) and produced by Conaco in association with Warner Horizon Television.

From 2008 to 2012, Wyatt was a writer and popular correspondent on the hit latenight Comedy Central series The Daily Show with Jon Stewart where he earned 3 Emmy Awards and one WGA award. He also spent three seasons writing for FOX’s King of the Hill. On the big screen, Wyatt has appeared in the mockumentary Jacqueline (Argentine), which screened at Sundance in early 2016, Mike Birbiglia’s acclaimed film Sleepwalk With Me, David Cross’ feature Hits, Darren Grodsky’s independent film Growing Up (and Other Lies) and Barry Jenkins’ Medicine for Melancholy, which was nominated for three Independent Spirit Awards. He also served as Executive Producer alongside Jay-Z on the feature An Oversimplification of Her Beauty, which screened at Sundance in 2012 to rave reviews, with The New York Times describing the film as “a most lovely and meticulously handmade hodgepodge of art and feeling.”

Wyatt has appeared as a recurring character on the popular Netflix series BoJack Horseman, as well as on IFC’s Maron, Adult Swim’s cult favorite The Eric Andre Show, and Comedy Central’s John Oliver’s New York Standup Show. He is a latenight favorite, with appearances on Conan, Late Night with Seth Meyers, Late Night with Jimmy Fallon, and Last Call with Carson Daly. Wyatt performs standup to sold-out crowds nationally and internationally, and he has been featured as a performer at Bumbershoot, South By Southwest, The Melbourne International Comedy Festival, Bonnaroo, and the prestigious Montreal Comedy Festival. 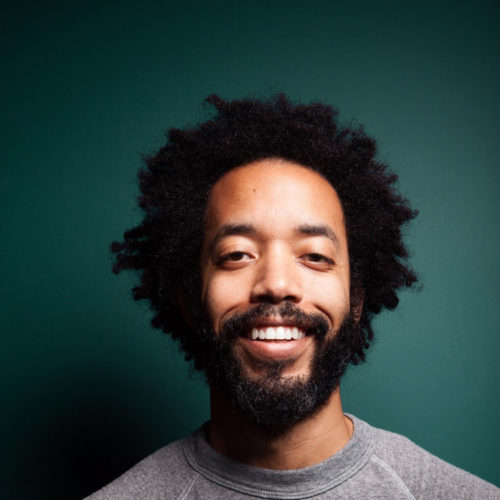